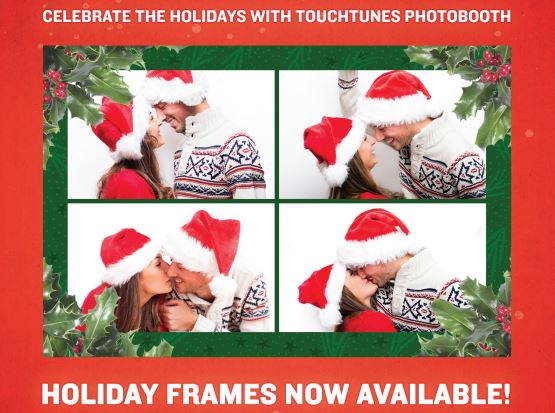 Attention Lucky Coin TouchTunes jukebox locations! December is going to be a great month for your jukebox customers with the TouchTunes Holiday Photobooth and New Year’s Eve Playlist! To inform everyone of TouchTunes December 2016 news, TouchTunes has released the following press release, via their promotional newsletter, saying the following: